get link Actress Kalee Vijay Sai (40) has reportedly lodged a complaint with police on his wife Kalee Vanitha (32) two days before committing suicide. Vijay Sai had written a letter to the Jubilee Hills police on the same day that someone hacked into his house near Yusufuguda checkpost and stole his car on Saturday night. In the complaint, He stated that some strangers had warned our Watchman and stole his car.

see url His divorce controversy has been started in court since 2015. Though the name of the car is named on his wife, it is said that all the EMIs is paid by him and the proof of payments are submitted to the police. In his complaint, he claimed that he had a life threat from his wife and four thugs who attacked him earlier. He requested his car back and justice. CCTV footage and car related documents were attached and added to the complaint. 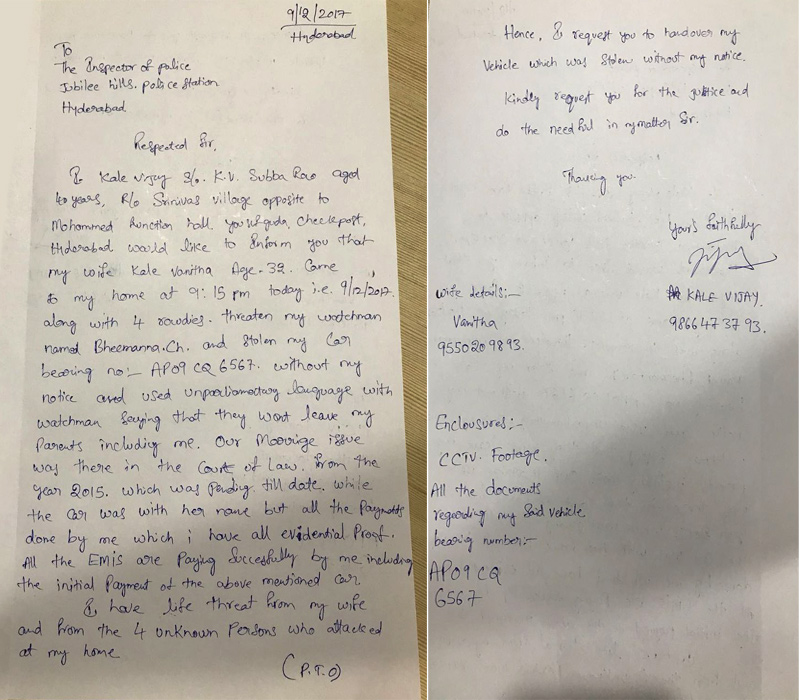 India’s first Hyperloop likely to be between Amaravati-Vijayawada

Nara Lokesh selected as Digital leader of the year

Nara Lokesh selected as Digital leader of the year

OLD PAINT BOX KILLED A BOY AND CAUSED MISERY IN A...

762 Vacancies for Guntur in APDSC 2018 Notification